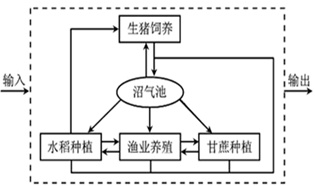 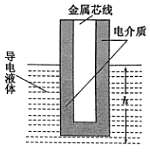 1.    The Naismith Memorial Basketball Hall of Fame ( the Hall of Fame for short ) is a fantastic destination for everyone from lifelong basketball fans to families with children who are just beginning to explore the world’s most popular sport. Each year, several thousand visitors crowd into this birthplace of basket-ball.

Dates and Hours of Operation

The Hall of Fame is open Wednesday through Sunday from late November through March 31 and daily the rest of the year. Hours are from 10 a.m. to 4 p.m. (Friday through Sunday: 10 a.m. to 5 p.m.). Because it may close for private functions, it is wise to confirm hours of operation ahead of your visit. Just call 1-877-466-6752.

Travelling from All Directions

The Hall of Fame is conveniently located (位于) within driving distance from Boston (in the east), Albany (in the west), Vermont (in the north) and New York (in the south) and is right off of MA Route 91. For those who prefer to travel by air, the museum is not far from Logan International Airport and Bradley International Airport. For more information about the transportation, call 1-877-446-6755.

1 No food and beverage inside of the hall.

2 Backpacks and any large bags are not permitted inside of the hall unless needed for medical reasons.

3 If you wish to participate in shooting on Center Court, please wear appropriate footwear. Also, contests of any kind and half court shots are not allowed for everyone’s safety.

【小题1】When can visitors visit the Hall of Fame?

【小题2】What is the purpose of the fourth paragraph of the text?

【小题3】What are visitors advised to do in the Hall of Fame?

2.    “While animals can’t pick out precise numbers, they can understand that more is more. Interestingly, we know now that numerical（数值的）competence is present on almost every branch of the animal tree of life,” says Andreas Nieder, a neurobiologist from the University of Tuebingen. “Different groups of animals obviously developed this trait（特点）independently from others and that strongly indicates that it has to be of adaptive value.”

Honeybees, for instance, can remember the number of landmarks they pass when searching for food in order to find their way back to the hive. The last common ancestor between honeybees and primates lived about 600 million years ago. But still, they evolved numerical competence that, in many respects, is comparable to vertebrate（脊椎动物的）numerical competence. Also, for example, male frogs sing “advertisement” calls to attract females. The females, listening for the complexity of their calls, choose the male that sings the most calls.

Wolves are more likely to hunt successfully if they have the right number of wolves in their pack for the size of their prey（猎物）: With prey like deer, only around six to eight wolves are needed, while hunting wild ox requires a pack of nine to thirteen. Their prey also uses this concept to protect themselves from predators — deer tend to live in large herds to reduce the chance of any individual becoming prey. So obviously they are assessing the number of individuals in their groups for their everyday life situations.

Despite these many examples of numerical competence in animals, this subject has not gotten many first-hand studies. “Many of these behavioral findings in the wild have usually been collected as by-products or accidental findings of other research questions,” says Nieder. He argues that more research needs to be done to fully understand the numerical competence.

【小题1】The phenomenon of animals having their own numerical competence shows that      .

【小题3】How does the author mainly develop this text?

【小题4】From which is the text probably taken?

3.    My best friend travelled to stay with my family last weekend. when she arrived, she went straight to the kitchen and, without asking, ate some dried fruit. She wasn’t being rude. I knew she would do this. We’ve known each other for almost 20 years. She can eat anything she wants from my kitchen. Indeed, I bought her favorite fruits and snacks at the shop that morning.

Our long weekend together was simple. I was recovering from surgery and couldn’t go to shopping malls, We passed the time running errands（差事）, but there’s never been a quiet moment. We’ve lived in different cities for almost a decade, Reunions demand conversation.

Our personalities are matched, to be sure，and a shared history is indescribably（难以形容地）valuable. We were competitors at high school before bonding. Then we discovered the many interests that we had in common. Our friendship developed itself quickly. We stayed companions and supported each other through law school and through our first jobs. Ours is a friendship for the ages.

There is something special about friends who know everything about you. They are rare. They have seen your bright lights of achievements, the depths of desperation（绝望的境地）and the boring routine of the in-between. It’s special to unpack feelings without wasting time filling in the blanks. As my long weekend shows, with such friends we don’t have to “do”, but we simply have to “be”. We drop the act, the performance, the public version of ourselves, The special friendships are those which never fail to delight, whose continuation is worth the extra effort, despite distance and difference in our separate lives. I had the very great joy of this reminder last weekend. I’m lucky to have found this friend, and to see a future where her companionship remains. Being together is perfection.

【小题2】What does the author appreciate about their friendship?

【小题3】What message is conveyed in the last paragraph?

【小题4】Why does the author write this text?

4.    The first patient who died on my watch was an older man with a faulty heart. We tried to slow it down with treatment, but it suddenly stopped beating completely. Later, whenever I would have a case like that one, I found myself second-guessing my clinical management. However, it turns out that thinking twice may actually cause more harm than good.

In a working paper, Emory University researchers found that when doctors delivering a baby have a bad result, they are more likely to switch to a different delivery method with the next patient, often unnecessarily and sometimes with worse results.

Because doctors make so many decisions that have serious consequences, the fallout from second-guessing appears especially large for us. A 2006 study found that if a patient had a bleed after being prescribed (开药) warfarin, the physician was about 20% less likely to prescribe later patients the blood thinner that prevents strokes (中风). However, if a patient was not on warfarin and had a stroke physicians were still no more likely to prescribe warfarin to their other patients.

But this phenomenon is not unique to medicine. ”Overreaction to Fearsome Risks” holds true for broader society.

For instance, sensational headlines about shark attacks on humans in Florida in 2001 caused a panic and led the state to prohibit shark-feeding expeditions. Yet shark attacks had actually fallen that year and, according to the study, such a change was probably unnecessary given the extremely small risk of such an attack happening.

Humans are likely to be influenced by emotional and often irrational (不理性的) thinking when processing information, bad events and mistakes. As much as we don’t want to cause an unfortunate event to happen again, we need to be aware that a worst situation that can be imagined doesn’t necessarily mean we did anything wrong. When we overthink, we fail to rely on thinking based on what we know or have experienced. Instead, we may involuntarily overanalyze and come to the wrong conclusion.

I have treated dozens of patients who presented with the same illnesses as my first patient, who died more than a year ago. Instead of second-guessing myself, I trusted my clinical instinct (本能) and stayed the course. Every one of those patients survived. You should trust your instinct in your life, too.

【小题3】What does the underlined word ”fallout” in Paragraph 3 probably mean?

5.    Your teen years are a time to learn about yourself and start thinking about your future. Doing well in school and leading a healthy social and personal life will make you happier and more likely to succeed. 【小题1】. Instead, remember to have fun and live a life you love!

Become a curious reader. Go to your school library and check out books that interest you. It can be anything from poetry to storybooks—just get reading! 【小题2】, ask the librarian for suggestions.

Look ahead to life after you graduate from high school. Think ahead to what you will do in the future, whether that’s getting a degree, volunteering, or jumping right into the career of your choice. 【小题3】. Just start to think about what you might want to do in the future according to your interests, passions and skills.

Take after-class activities you enjoy. 【小题4】 . Whether you’re into film, theatre, pottery, painting, or playing music, you can find classes at your school or courses at local recreation (娱乐) centers.

【小题5】. To feel a sense of achievement about your school and personal life, set realistic goals for yourself. For example, you might set a goal to achieve all A’s and B’s this term. As for personal goals, you might plan to get really good at shooting 3-point shots in basketball or learn how to bake bread.

6.    An act of kindness doesn’t have to be a grand gesture. Even those small acts of kindness can make a difference in someone’s day. That was just the case for Amie Mickey when she____________a bumper sticker on her car reading: You Matter.

Stories like Amie’s really________________the rest of us. Sometimes a kind word or gesture may lift our____________and it doesn’t cost a thing except for a little extra thought. Maybe it means offering a friend a hug, praising the children when their children________________well in school, helping someone out or volunteering at animal shelters or shelters for the homeless. Acts of kindness are waiting everywhere. Small as they seem, they can make a____________impact on the world, and help form general goodness.

Scientists have found fossils (化石) that once belonged 【小题1】 a giant parrot. They say the fossilized bones are from the biggest parrot that has ever lived. It was 【小题2】 (probable) as tall as a three-year-old child and weighed around eight kilograms. The researchers found the fossils in New Zealand. The new parrot 【小题3】 (name) after Hercules, a strongman of ancient Greek mythology (神话). The scientists studied the fossilized leg bones they found 【小题4】 said Hercules was around a meter tall, which means Hercules is twice the size of all other known parrots. The 【小题5】 (large) parrot scientists know of is the kakapo, 【小题6】 flightless bird that also lives in New Zealand.

New Zealand is famous for its flightless birds. The kiwi is a symbol of the country. There are five recognized kiwi species 【小题7】 (live) today. The kiwi is so closely associated with the national identity of New Zealand that New Zealanders sometimes refer to 【小题8】 (they) as “kiwis”. Scientists say these birds could become 【小题9】 (endanger) if their environment stays the same.

Hercules lived about 19 million years ago. A researcher said, “New Zealand is well-known for its giant birds. Until now, no one 【小题10】 (find) an extinct giant parrot anywhere. There are many more unexpected species yet to be discovered.”

10. The children went home from the grammar school, their lessons______ for the day.

13. The Science Museum, which we visited during a recent trip to Britain, is one of London’s splendid tourist ________.(根据句意填空)