Enter the world of Shakespeare and see the places that inspired a genius, with entry to five historic properties (房产) in Stratford-upon-Avon.

Shakespeare’s New Place — Walk in the footsteps of Shakespeare and explore where he wrote some of his most iconic works like his four tragedies (悲剧).

*Tickets are valid (有效) for one visit to each of your 5 properties in a 72 hour period,

*Please note that customers who are disabled can buy a concession ticket and then will be able to have one carer admitted free.

【小题3】Li Hua, a fan of Shakespeare from China, will visit Shakespeare’s BirthPlace on July 25. He should exit at the latest before ________.

2 .    New climate-control jackets have helped people stay warm in subzero conditions, and even made cows comfortable enough to produce more milk. But it all began with an Indian graduate’s simple wish for clothing that could be used for both the cold Boston winters and heated MIT campus rooms. Now, the MIT graduated company has begun selling the jackets and other clothes that allow wearers to control their level of comfort without adding or removing layers. “Our products can go from 0°C to 100 °C in the push of a button,” said Vistakula, founder and CEO of the company. “We have four levels of heating and four levels of cooling that include low, medium, high and very high.”

When electricity runs through the junction where two different metals meet, it creates a temperature difference so that one side heats up and the other side cools down. Such heat-exchange equipment also needs fans to blow away the heat. “We were able to reduce the weight and get rid of the need for a fan,” Vistakula told Innovation News Daily. “That made it very suitable to put it into clothes.”

The current clothing runs on a range of laptop batteries (电池) that can support up to eight hours of hot or cold comfort. Aside from shoes, jackets and bike helmets, the startup also sells knee and elbow packs that provide hot or cold therapy (疗法) for aching joints. That’s just the beginning, as the 20-person team tries many new and different applications (应用) in the search to find what works. They have their eyes set on a “HaemoSave” application that could use freezing temperatures to control bleeding, and pain during medical emergencies. “That’s at a very early stage,” Vistakula explained.

“It works for superficial (表面的) wounds, but we have to do deeper wounds and see what happens.” In another case, tests with jackets adapted for cows succeeded in enabling the cows to produce more milk. But the current costs mean that farmers can’t afford such equipment – at least not until the company scales up its production and lowers the price.

It’s an ambitious goal, but their confidence is supported by the startup’s innovation (创新) philosophy. “Nature has been innovating for billions of years, so you just have to look in the right place,” Vistakula said. “If you go looking for answers, you’ll find them.”

【小题1】Which of the following statements is TRUE according to the passage?

【小题4】What can we conclude from what Vistakula said in the last paragraph?

3 .    It was decades ago now, but it’s still one of the most memorable conversations of my life. On a long, slow train heading north, with nothing to do but watch the rain, the man sitting opposite began trying to talk to me. Like most young women who have learned the hard way to be careful of strangers, I was unfriendly. But curiosity took over when he said that he was just bored, and liked talking.

So that’s what we did for hours and hours as the man turned out to be quite talkative. When the train finally pulled in, we didn’t change numbers. However, I still think about it sometimes on long, boring journeys, before getting a phone out and scrolling silently like everyone else. It’s a rare person who can cheerfully break the social rule about not talking to strangers without any ill intention, but life would be more interesting if more of us knew how to do it.

And that’s why I can’t be as cynical as I probably should be about “Tube Chat” campaign launched to encourage Britons to talk to each other. All anyone is being asked to do is to start a conversation they wouldn’t otherwise have had — maybe with a friend from whom they’ve been apart or a neighbor they don’t know.

Obviously, it takes more than a bit of small talk over garden fences to unite strangers together. More people live alone than did so a generation ago, and the rise in freelancing（自由职业）means more of us work alone too. We socialize increasingly through screens, sending texts instead of bothering to call.

It’s true that the “Tube Chat” campaign of a few years back failed in its attempts to make Londoners talk to each other on public transport. But even city people who would normally die rather than make eye contact with strangers still happily gather in large numbers by the Thames for the New Year’s Eve fireworks. They would get a far better view at home on television — it’s not really about the fireworks, but about being part of something communal (公共的).

There’s no guarantee (保证) that this latest campaign to reconnect will succeed wherever others have failed. But if there ever a moment to stop social disbelief it may start a fire to warm a world that sometimes feels cold. Wherever my train friend is now, ________.

【小题3】The example of Londoners gathering for the New Year’s Eve fireworks is used to show that ________.

【小题4】Which of the following best fits in the blank in the last paragraph?

【小题5】Which of the following would be the best title for the passage?

1 . Posture Corrector For Men and Women

●Let Our Posture Corrector Be Part of Your Pain-free Life.

As my brother suffered clavicle (锁骨) pain after a car accident, Dr. John advised us to try posture corrector. Luckily, my brother came to his happiest self again. Besides correcting his posture, he also got relief from back, shoulder and neck pain all at the same time.

●Good Posture Is Healthy For Both Men And Women.

●Comfortable, Changeable And Easy To Use.

While other posture correctors dig into your armpits, hurt your skin and are uncomfortable after 5 minutes, our back brace fits your sizes from 30cm to 43cm.

You can wear our excellent posture support brace while at work, home or out and no one will know you have it on. After a while, you’ll forget you’re even wearing the brace.

【小题2】What is the common way used for promotion in Part 2 and 3?

【小题3】How much does a Chinese customer have to pay for a posture corrector?

2 .    An aquarium(水族馆) that has closed because of the COVID-19 outbreak is asking people to make video calls to the aquarium’s eels(鳗鱼).

The reason? Aquarium workers fear the sensitive creatures may not remember humans’ existence, nor remember that humans do not present a threat. The aquarium has been closed since the start of March. Its sea animals have become used to a largely human free environment during the two-month period of calm. But the aquarium said the situation was having some unexpected effects.

“Creatures in the aquarium don’t see humans except keepers and they have started forgetting about humans,” the aquarium said on its Titter this week, “Garden eels in particular disappear into the sand and hide every time the keepers pass by.” That is causing difficulties for keepers trying to check on the health of the animals. So the aquarium decided to offer an invitation to the public. “Could you show your face to our garden eels from your home?” It is describing the new effort as a “face-showing festival”.

Garden eels are very sensitive by nature. But the 300 garden eels that live in a tank at the aquarium had become used to humans. They rarely hid in the sand from visitors. To try to reintroduce the eels to humans, the aquarium is putting five computers in front of their tank. The public can connect through the Face Time app.

Once the video calls start, people are supposed to show their faces, wave their hands and talk to the eels. But considering the quiet nature of the animals, callers are asked not to shout.

The “face-showing festival” is set to take place Sunday through Tuesday, during Golden Week holiday. It has gotten plenty of support. One Twitter user wrote, “Interesting! When you gaze at the garden eels, they gaze at you. I’m happy to take part.”

【小题1】What does the underlined part in Paragraph 2 indicate?

【小题3】What does Paragraph 5 mainly talk about?

3 .    Bumblebees(大黄蜂) are clever: when pollen(花粉) is short and plants near the nest are not yet flowering, they have learned to force them to bloom. Research published on Thursday in Science shows that the insects puncture the plants’ leaves, which causes them to flower about 30 days earlier than they otherwise would. How the technique developed and why the plants react by blooming remain unclear.

Consuelo De Moraes, a chemical ecologist at the Swiss Federal Institute of Technology, says she and her teammates were observing one kind of bumblebee in an unrelated experiment when they noticed the insects were damaging plant leaves and wondered why. “At first we thought they might be feeding on the plants,” she says. And because previous research had shown stress could cause plants to flower, they also wondered whether the bees might be creating blooms on purpose.

To find out, the team placed bumblebees together with tomato plants in cages. The bees soon cut several holes in the leaves of each plant. As a test, the researchers tried to copy the bumblebee damage in additional plants with a knife. Both sets of plants with injured leaves bloomed faster, but the ones punctured by the bees flowered weeks earlier, suggesting that chemicals in the insects’ saliva(唾液) may be involved as well.

Next, the researchers moved out of the laboratory to see whether bumblebees would continue to damage nonflowering plants near their nest even if blooming plants were available farther away. They did so. The findings suggest the bees’ behavior is an adaptation that improves food-hunting efficiency(效率).

In the future, scientists could test how the behavior may have developed and how widespread it is among other wild bumblebees, as well as what is happening in plants after a bee bite. Understanding those questions could help us better face the climate change.

【小题1】What does the underlined word “puncture” in Paragraph 1 probably mean?

【小题2】What inspired Consuelo and her team to do the present research?

【小题3】Why did the researchers copy what the bumblebees did?

【小题4】What have the researchers made clear? 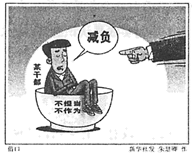 3 . How many people will go to the park?

2020届江苏省高三高考压轴卷英语试题
1 . What’s wrong with the man?

2 . Where are the speakers?