1 .    Jane Goodall was born in Bournemouth, England, on April 3, 1934. As a child, she had a natural love for the outdoors and animals. When Jane was about eight she read the Tarzan and Dr. Dolittle series and, in love with Africa, dreamed of traveling to work with the animals.

Finally, at age 23, she left for Nairobi, Kenya. There, Jane met famed Dr. Louis Seymour Bazett Leakey, who offered her a job at the local natural history museum. She worked there for a time before Leakey decided to send her to the Gombe Stream Game Reserve in Tanzania to study wild chimpanzees. He felt her strong interest in animals and nature, and her knowledge as well as high energy made her a great candidate to study the chimpanzees.

In December 1958, Jane returned home to England and Leakey began to make arrangements for the expedition (考察), securing the appropriate permissions from the government and raising funds. In May 1960, Jane learned that Leakey had gained funding from the Wilkie BrothersFoundation.

Jane arrived by boat at the Gombe Stream Game Reserve on the eastern shore of Lake Tanganyika with her mother. The early weeks at Gombe were challenging. Jane developed a fever that delayed the start of her work. Finally, an older chimpanzee named David Greybeard, began to allow Jane to watch him. As a high ranking male of the chimpanzee community, his acceptance meant other group members also allowed Jane to observe. It was David Greybeard whom Jane first witnessed using tools. Excited, she telegraphed Dr. Leakey about her observation. He wrote back, “Now we must redefine ‘tool,’ and ‘man,’ or accept chimpanzees as humans.”

Jane continued to work in the field and, with Leakey’s help, began her doctoral program without an undergraduate degree in 1962. At Cambridge University, she found herself at oddswith senior scientists over the methods she used — how she had named the chimpanzees rather than using the more common numbering system, and for suggesting that the chimps have emotions and personalities. She further upset those in power at the university when she wrote her first book, My Friends, the Wild Chimpanzees, aimed at the general public rather than an academic audience. The book was wildly popular, and her academic peers were outraged. Dr. Jane Goodall earned her Ph.D. on February 9, 1966, and continued to work at Gombe for the next twenty years.

【小题2】What is the academic peers’ attitude towards Jane’s first book?

【小题3】What does the underlined sentence imply in paragraph 5?

【小题4】What message is mainly conveyed in the passage?

2 .    Thirty-two cases of illegal hunting or trading wild animals have been uncovered involving 33 suspects since a crackdown against illegal wildlife trade was launched on April 10.

On April 16, police in the capital city’s Chaoyang district caught two suspects, who were respectively identified as Liu and Wang, for buying wild animals, and recovered more than 40 wild birds, including one cockatoo and one African grey parrot, at their homes, the statement said, adding the two suspects have been detained (拘留).

In another case, a 35-year-old man surnamed Hu was also sentenced to imprisonment in Daxing district after he was found selling wild animals through QQ, a popular instant messaging tool in the country. He was caught on April 14.

The bureau highlighted the importance of protecting the wildlife, noting Chinese laws and a new decision adopted by the nation’s top legislature (立法机关) have also shown the country’s determination against illegal trade of wild animals.

The Chinese Criminal Law clarifies that those illegally hunting, buying, selling or transporting wild animals on the state protection list, endangered animals or the wildlife-related products will face an imprisonment of more than 10 years and fines if their behaviors are identified as “extremely serious”.

On Feb 24, the Standing Committee of the National People’s Congress, the country’s top legislative body, also passed the decision that clearly states all wildlife on the protection list of the existing Wild Animal Protect Law or other laws, and all wild animals, including those artificially bred and farmed, are not permitted to be hunted or traded.

With the strict crackdown campaign against illegal trade of wild animals on the go in Beijing, the whole nation is attaching great importance to wild life protection.

【小题1】The author mentions the cases at the very beginning of the passage to ______ .

【小题2】What can we learn from the first three paragraphs?

【小题4】Which best describes the author’s tone in the passage?

3 .    An international team of scientists has discovered a stellar black hole in Earth’s “cosmic backyard” containing the mass of 70 suns.

It’s a black hole that forms after stars die, collapse, and explode. Researchers had long believed that the size limit was only 20 times the mass of our sun because as these stars die, they lose most of their mass through explosions that force matter and gas swept away by stellar winds.

This theory has now been toppled by LB-1, the newly discovered black hole. Located about 15,000 light years away, it has a mass 70 times greater than our sun, according to a press release from the Chinese Academy of Sciences.

“Black holes of such mass should not even exist in our galaxy (星系), according to most of the present models of stellar evolution,” said Liu Jifeng, head of the team that made the discovery.

“LB-1 is twice as massive as what we thought possible. Now theorists will have to take up the challenge of explaining its formation.”

Scientists are now scratching their heads at how LB-1 got so huge.

The team has proposed some theories. LB-1’s sheer size suggests that it “was not formed from the collapse of only one star,” the study said — instead, it could potentially be two smaller black holes orbiting each other.

Another possibility is that it formed from “fallback supernova (超行星).” This is when a supernova — the last stage of an exploding star — ejects (喷射) material during the explosion, which then falls back into the supernova, creating a black hole. This fallback formation is theoretically possible, but scientists have never been able to prove or observe it.

There are several types of black holes and stellar black holes like LB-1 are on the smaller side, according to NASA. Supermassive black holes are much bigger — they can be billions of times the mass of our sun.

Scientists believe supermassive black holes may have connection with the formation of galaxies, as they often exist at the center of the mass star stems but it is still not clear exactly how, or which form first.

【小题2】What does the word “toppled” in paragraph 3 probably mean?

【小题3】What is the purpose of writing this article?

【小题4】What might be the best title for the passage?

A woman is swimming at night in a dark sea. Suddenly, she is pulled underwater. She surfaces, cries in terror, then disappears forever. This is the opening scene from the 1975 film Jaws. This film was a great hit, but it made things worse.

Jaws made people frightened of sharks, especially of the great white shark. Some stopped swimming in the sea, afraid of the horrible creature from the film. Others started fishing for sharks, killing as many as they could. At that time, nobody cared if sharks were killed, or how many were killed. People just wanted them killed.

After 1975,the number of large sharks fell quickly around the world.This was not only due to fear of sharks, but also finning, a type of fishing where sharks are caught and their fins cut off. Unexpectedly, finning would have a powerful effect upon Peter Benchley, who wrote the book the film Jaws was based on.

One day in 1980,Benchley was diving when he came across an awful sight.He saw fishermen finning and sharks being killed,which caused a deep change in him.From then on, he saw people as a danger to sharks,rather than the other way round.Also,he admitted that his book was wrong about sharks’ behavior.”Sharks don’t target(以…为目标）humans,”he said.Experts have proved that sharks do not see people as food, and they attack us by mistake. Only around six people are killed by sharks every year.

Today,as we learn more about sharks,more people than ever want to protect them from extinction.

【小题2】How did the sight of finning affect Peter Benchley?

【小题3】What is the best title for the text?

2 .    Last year,hundreds of people spent good money on an experience that they knew would include crowds,discomfort and danger.Many would become sick,due to the extreme cold and low air pressure,and a few would even lose their lives.However,by the end of the trip many were already planning a return to Qomolangma.For these people,climbing  Qomolangma is an experience like no other,making some feel weak and others,powerful.

Mallory wrote of climbing Qomolangma,”What we get from this British climber George adventure is pure joy…We do not live to eat and make money.We eat and make money to be able to enjoy life.That is what life means.”He added.”There are a thousand reasons to turn going.You really have to focus on the one reason that matters around and only one to keep the most.”

With most attempts(尝试）to climb Qomolangma resulting either in total success or failure,is there also a scientific reason behind this risk-taking?Recent studies indicate that risk-taking may be part of human nature,with some of us more likely to take risks than others. Psychologist Frank Farley has spent years studying people who jump out of planes and drive fast cars,as well as those who climb Qomolangma.He refers to the personalities of these people as”Type T”,with the”T”standing for“thrill(激动）”Speaking to the LA Times about the”Type T”personalities,Farley said,”They’ll say,’I’m not taking risks,I’m an expert…’ They don’t want to die and they don’t expect to die.”

With this in mind,is climbing Qomolangma worth the risks?It’s totally up to you.

【小题1】Why did many Qomolangma climbers decide to try again?

【小题2】What can be inferred from George Mallory’s words in Paragraph 2?

3 .    I thought I knew a lot about Hamlet.As an English literature major,I have to!Having seen quite a few productions of Hamlet and read the play many times,I was full of confidence-until Peking Opera came to town!

Peking Opera has over two hundred years of history,so does this mean it’s easier than a Shakespeare play to understand?To find out the answer,I just had to go and see The Revenge of Prince Zidan- the Peking Opera version(版本）of Hamlet.

The opera brought a completely new sound to my Western ears.At first,I thought it was a violin.but later I learnt that it was a traditional Chinese instrument called jinghu.Then. seeing the characters in fantastic costumes and masks,I was amazed!They of course sang in Chinese,but the music and exaggerated movements helped get the meanings across to the audience.The voices sounded really unique-some of the female voices were so high that I was sure they could break glass!

Easily my favourite part of the show was how the characters moved on stage.I had never seen Prince Hamlet do a backflip(后空翻）before!It was so dazzling and energetic that I wasn’t sure if the characters were performers or athletes!

Before experiencing The Revenge of Prince Zidan,I wasn’t sure if I would enjoy it.But, in fact,I was on the edge of my seat!Feeling the strong emotions of love,anger,fear and grief in the performance,I could easily recognize the theme of Hamlet.So,if you want to see a show that combines music,singing,drama,poetry and costume design with explosive effect, The Revenge of Prince Zidan ticks all the right boxes!

【小题1】Why did the author go to see The Revenge of Prince Zidan?

【小题2】Which part of the opera attracted the author most?

【小题4】How did the the author feel about the Peking Opera version of Hamlet? 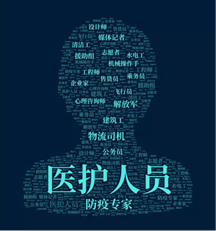