These three short plays by Suzan Lori•Parks are the start of an ambitious attempt to retell the story of the American civil war. The focus is on a  slave promised his freedom by his master if he joins in the fight against the Union. Steve Toussaint and Jimmy Akingbola head the cast, and Jo Bonney is in charge.

A Pacifist’s Guide to the War on Cancer

Bryony Kimmings and Brian Lobel consider our attitudes to cancer and the language we employ to deal with it through the stories of five people. This is an all•singing, all•dancing affair with music by Tom Parkinson, wiping off the pink charity ribbons to look at the realities of diagnosis(诊断) and what it means for the wider family.

Every parent wants the best for their baby. Kurt and Martha are prepared to work hard to ensure theirs has everything he needs, even if that means Kurt taking on extra work. Franz Xaver Kroetz’s extraordinary play about the damage that profit causes to individuals and the environment gets a new translation from Conor McPherson.

David Hare’s new play is based on La Main, a psychological thriller by the great Georges Simenon. The story concerns two couples who, on their way back from a party, struggle through the snow. The play is directed by Robert Icke, and the cast is headed by Mark Strong and Hope Davis.

【小题1】When can you see the play directed by Robert Icke?

【小题2】In which play can we feel parents’ love for children?

【小题3】What do the plays mentioned in the text have in common?

2 .    After finishing my teaching for a school year, I thought that I should go back to Montreal, Quebec, my hometown for a visit. My main goal was to relax in preparation for the challenges of my retirement(退休) in the coming year.

Through my stay in Montreal, I met lots of Chinese who were trying hard to succeed and then led a better life in Canada. Some travelled thousands of miles to get knowledge. When I spoke with some of them about the major barrier(障碍) they had to face after they arrived in Canada, they all talked about the two official languages of Canada. But I was impressed by their ability to express their ideas while they were changing between English and French.

Almost all of those people said they often felt homesick. They miss their families and friends. Though Montreal has lots of Chinese restaurants, they long for a home•cooked meal.

I met some tourists who were trying to realize their childhood dreams of experiencing the life in a developed country. When I asked them if Montreal had lived up to their expectations, they hesitated. They said that reality never agrees with fantasies. However, they were glad to have the opportunity to visit Montreal and didn’t regret taking the trip.

Not all the Chinese people I met were happy. I once met a young lady who met with a gentleman through the Internet. However, to her disappointment, he disappeared after he promised to marry her in Montreal.

I was served by another Chinese person who could not deal with the challenges of studying in an English-speaking environment and ended up working in a restaurant with low pay.

Exploring different parts of the world, without any doubt, is an enriching experience. However, one should be realistic when it comes to leaving his hometown to start a new life in a foreign country. One should take time to examine the advantages and the shortcomings of the adventure before he decides to chase an uncertain dream of achieving success or leading a better life.

【小题1】Why did the writer go to his hometown?

【小题2】What is the main barrier for some Chinese to get knowledge in Canada?

【小题4】What is the best title for the passage?

3 .    People who have seen Trisha Seifried Woodall with her cats say that she has a magic touch. Most people don’t know anyone who can order a cat to jump on a table, sit for two minutes, and then jump to the floor and walk backward.

Ms. Seifried Woodall has taught her cats to do all these tricks — and many more. At her training center. Got Pet-ential, cats learn tricks for TV and magazine ads. Some of her cats have appeared on bags of cat food.
When Ms. Seifried Woodall gets a cat, she first learns what that cat likes and doesn’t like. “Some cats like to stay close to the ground, so I’ll teach them how to stand behind me, and walk with me,”she says. “Other cats, like high places, so they’ll learn how to jump on my bent knee and then safely leap to my shoulder.”
Ms. Seifried Woodall grew up in a family with many pets, and she was first paid to work with animals when she was 18. At a summer job at an amusement park, she learned how to train a few of the animals for performances. She continued to train and learn about animals for 20 years before starting her own animal-training center.
Ms. Seifried Woodall is proud of the skills her cats have learned, but she is also proud that her center’s cats are healthy and social. She believes her cats enjoy learning new tricks.
In Ms. Seifried Woodall’s experience, nobreed(品种) of cat is easier to train than others. All of her cats came from shelters. They have become pets in her home.
Like most animal trainers, Ms. Seifried Woodall uses a reward system. Cats that are successful during training get food or a new toy. A cat that doesn’t enjoy eating or playing will probably not be interested in being trained. She never scolds(责骂) them. “Cats need a lot of encouragement when they are performing, she says.” I say good job or that’s right several times during a single minute.”
【小题1】What are the cats trained by Ms. Seifried Woodall mainly used to do?

【小题2】What can we learn about Ms. Seifried Woodall and her cat-training job?

【小题3】What did Ms. Seifried Woodall do before becoming a cat trainer?

【小题4】Which of the following can best describe Ms. Seifried Woodall? 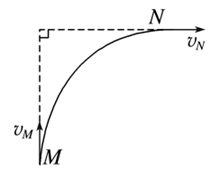 1 .    Volunteering abroad is a great way to help others，improve your skills and become a more confident，independent person. If you are interested in volunteering abroad，here are some places to go.

If you seek a life on the beach，in a great climate with friendly people，Australia might be your best bet. With thousands of volunteers already signing up to leave for Australia during the holidays，it will be a very popular option.

This vast country has some great opportunities on offer and is especially popular this year. A lot of volunteer work is available in Brazil centers on conservation and ecological projects. With the world’s largest rainforest in Brazil，of which huge part is in danger，there are lots of different jobs you can do.

Kenya is the destination for those seeking an African experience. Generally volunteers in Kenya work in orphanages (孤儿院) or with local children living in slums. There is a great demand for volunteers in Africa because many people live in poverty，so if you truly feel like making a difference to a community，Kenya should be at the top of your list.

Golden sandy beaches，clear coastlines and beautiful cities are what Costa Rica is all about. Because of its small size，you can see a lot of the country in just a short time. You can really make the most of your time as a volunteer. A lot of work is needed with wildlife and ecological work，so if you want to look after turtles on the beach，Costa Rica could be just the place for you.

【小题1】If you are interested in protecting the environment，you will probably go to       .

【小题2】It can be inferred from the passage that volunteers in Kenya mainly work with       .

2 . Here is a true story about a famous man who worked in the White House and a criminal. They once faced the same thing: their mother gave them apples when they were young.
The criminal said: one day, my mother brought some apples and asked my brother and me: “Which do you want?” “The reddest and biggest one,” my little brother said. My mother stared at him and said to him angrily: “You should learn to give the good things to others; you shouldn’t always think of yourself.” Seeing this, I suddenly changed my idea and then said to my mother, “Mum, please give me the smaller one and give the bigger one to my little brother.” Hearing my words, my mother was very happy. She kissed me on my face and gave the reddest and biggest apple to me as a prize. From them on, I learned to tell lies, fight, steal and rob. In order to get what I wanted, I played hard. As a result, I was sent into prison.
The famous man from the white house said, One day, my mother brought some apples. She said to my brother and me: “You all want the reddest and biggest one, right? Well, let’s have a competition. Now I divided the grassland in front of the gate into two and I will give one to each of you and you must shear(修剪) it well. And I will give the reddest and biggest apple to him who does it the most quickly and best.”
After the competition, I won and I got the biggest apple. In our family, as long as you want to get the best things, you must take part in competition. I think it is fair. No matter what you want, you must pay lots of efforts.
【小题1】The criminal got the reddest and biggest apple because______.

3 .    Kong Zi, also called Confucius (551-479B. C. ), and Socrates (苏格拉底) (469-399 B. C. ) lived only a hundred years apart, and during their lifetimes there was no contact between China and Greece, but it is interesting to look at how the world that each of these great philosophers came from shaped their ideas, and how these ideas in turn, shaped their societies.

Neither philosopher lived in times of peace, though there were more wars in Greece than in China. The Chinese states were very large and feudal, while the Greek city-states were small and urban. The urban environment in which Socrates lived allowed him to be more radical (激进的) than Confucius. Unlike Confucius, Socrates was not asked by rulers how to govern effectively. Thus, Socrates was able to be more idealistic, focusing on issues like freedom, and knowledge for its own sake. Confucius, on the other hand, advised those in government service, and many of his students went out to government service.

Confucius suggested the Golden Rule as a principle for the conduct of life: “Do not do to others what you would not want others to do to you.” He assumed that all men were equal at birth, though some had more potential than others, and that it was knowledge that set men apart. Socrates focused on the individual, and thought that the greatest purpose of man was to seek wisdom. But like Confucius, he also believed that the superior class should rule the inferior (下层的) classes.

For Socrates, the family was of no importance, and the community of little concern. For Confucius, however, the family was the centre of the society, with family relations considered much more important than political relations.

Both men are respected much more today than they were in their lifetimes.

【小题1】Which of the following is TURE according to the first paragraph?

【小题3】What made some people different from others according to Confucius?